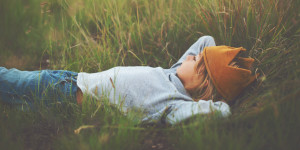 My greatest Guru did it again last night. He opened my eyes even further to what I thought I already knew. My greatest Guru is my child (I’m sure, if you think about it, yours is your child too). Last night he taught me that I have a lot to learn about what I already know.

This story has been wanting to be written for some time, but last night I found out why it needed to wait just a bit longer. After having company for dinner, my son and my friend played a game with my yoga ball on the stairs. We were all laughing at the silliness that was unfolding. After the play session was over, my son started to cry and say that my friend was bulling him. Was she? I had to think. There was playful name calling that he seemed to be taking part of. It all just seemed like just fun and games. I was wrong. It turned out that his name calling was in serious response to what he considered bulling.

As I mediated between him and my well intending friend, I found myself comparing the incident to how I felt when my dad would call me a space cadet. Why do, or did, adults think it was okay to playfully call us names? My son pointed out that his friends don’t do this when they play. He was right. When adults or children did that when I was young I was always hurt. I always took it seriously even when I may have seemed to have played along. The children that he considers his friends don’t do this. If they did, they wouldn’t be considered his friends, but they would be considered bullies.

I’ve always been carful not to call him names, and he has been sure called me on it when I have. I thought this lesson was completed when he was four years-old. When he was about four, I started to notice that he would “space out”. Spacing out is the completely unprofessional term that other special education teachers, parents, and therapist would use in informal conversation for a child who needed assistance attending. The phrase implied some sort of neurological issue that needed our, or more serious, intervention. So as a special education teacher for children with similar needs, I payed attention. 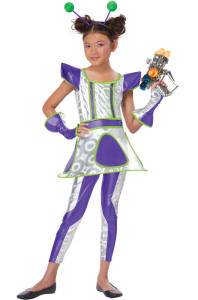 Before I go on about when my son was four, I need to back up much further to my childhood. When I “spaced out” as a child, my father would often point it out. He would call me a space cadet and I often imagined wearing a dunce like hat space hat when he did so. (It is unclear to me now if he actually mentioned wanting to get me such a hat, or if I just imagined myself in one.) So I stopped, or I tried to hide it when I “spaced out”.

My fourth grade teacher must have noticed this too when she sent my mom to take me to get my “head tested”. The official head tester that my mom took me to stuck suction cup shaped thingies attached to wires spewing out of some very technical looking machine to my head and proceeded to ask me ridiculous questions about myself. What’s your name? Where do you live? What school do you go to?… She didn’t not get very far into the test when she started ripping the sticky attachments out of my long blond hair declaring, “Why is this child here?! She does not belong here.” What relief for my Mom. I was officially not an official Space Cadet! 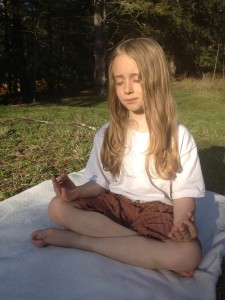 My son is still “shinning like a crystal” at nine years-old.

So here I was all those years later with my very own space cadet.  Of course, I did not call him that, but sometimes I was unable to resist the urge to snap him out of it and get him to attend; mostly, thank goodness, I just observed. I made it a very clear intention to wait and observe while sitting next to him and talking one day. He paused in mid conversation and did the peaceful staring off thing that he would do. I waited. When he came back and I asked a question. “It feels really good when you do that, doesn’t it?” He responded with complete bliss in his voice, “oh, Mom, I shine like a crystal.”

So last night ‘s name calling reminded me about what I already knew in one context, but failed to apply to another. Let’s be mindful and careful to not only not call our children names, even playfully, but to pay attention. Let’s be careful to not squash what they already know and listen instead. Was I shinning like a crystal too when I was small? I think I must have been. Name calling depleted my self esteem leaving me unaware of what I came here already knowing. Good news is that I do get to sit in meditation now so I can shine and space out like a pro (whatever that means). What a discovery to have learned from my son that being a space cadet is a gift.  To me being a space cadet now means being in your natural meditative state. Imagine seeing your child so closely that you can offer them a positive term for who they really are. It’s so much better than missing your lesson, undoing their knowing, and calling names.  Isn’t it

Jennifer R. Mehlich is a Yoga and Meditation Therapy specialist for children and families of all needs, and the founder of Heart Child Yoga, and a student of the children.

*You can find out more about Jennifer’s mission at heartchildyoga.com. Contact her at heartchild1111@gmail.com; 845 418 2481; or visit Heart Child  Yoga on Facebook.